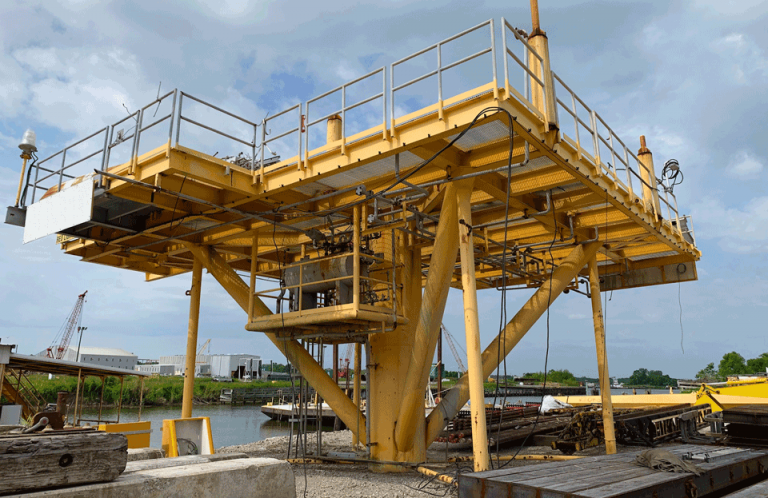 Coastal Conservation Association’s new REEF Louisiana Program announced plans a few weeks ago to build a set of artificial reefs in Vermilion Blocks 119 & 124, in an area where oil and gas platforms have been recently removed. The new reef complex will be named in honor of well-known outdoorsman and conservationist, Jim Rawls. The construction of the Rawls Reef Complex is set to begin Tuesday.

Along with conservation partners Shell, CCA’s Building Conservation Trust and the Louisiana Department of Wildlife and Fisheries, CCA Louisiana plans to build 4-5 individual reef sites using pieces of decommissioned platforms and a variety of concrete “materials of opportunity.”  The materials are currently being prepared for deployment, and include recycled platform jackets, a helipad, a large concrete platform, and several highway barriers, catch basins and other concrete construction materials that have been made available to CCA and approved for use on the project.

The reefs will replace lost habitat in depths ranging from 75-80 feet, where oil and gas platforms have been removed.  The sites in VR 119 & 124 were chosen by local anglers since the platforms that once stood there were favorites for red snapper and mangrove snapper anglers, as well as divers. Each of the new reefs will sit roughly within the footprints of the old platforms and will be designed to optimize the water and bottom conditions with the hopes of creating the best possible fish habitat.

This is the second CCA REEF Louisiana Project, and the 26th reef project by CCA Louisiana in recent years, representing more than $10 million in habitat creation.  It will be CCA’s third reef project built on the site of removed oil and gas platforms.  The first was the “Pickets Reef” complex in Ship Shoal Block 26 (built in 2014), one of the most popular and productive projects ever completed by CCA, and the second being the Ted Beaullieu Sr. Artificial Reef built in South Marsh Island Block 233 in June 2019.

CCA and our partners will hold a dedication ceremony on Tuesday, September 24, at 10am at Sea Trout Marina (22275 Marina Road, Pecan Island).  After the ceremony, those in attendance will have the opportunity to tour the reef construction site.  Boats will be on hand to provide transportation to and from the reef site for media members and guests.